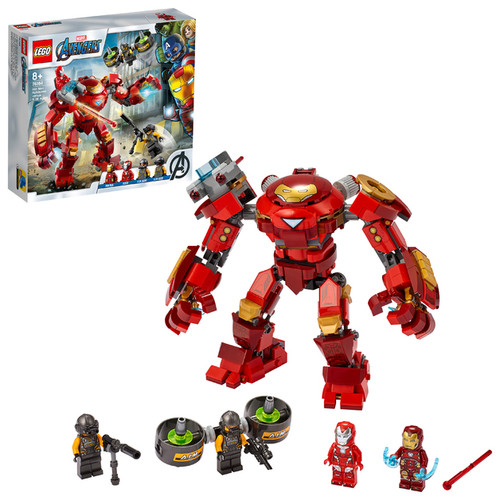 or make 4 interest-free payments of $15.00 AUD fortnightly with

Kids use the posable Hulkbuster to fight evil attackers
There’s authentic Marvel action when kids place an Iron Man minifigure inside the mega Hulkbuster armour to battle 2 enemy agents. The bad guys have weapons and 1 of them has a jet pack. The Hulkbuster armour has movable limbs and, for extra firepower, kids can put the Rescue minifigure in the built-in shooter turret.